Discovered the through experimentation, the need for citrus in diet to prevent scurvy 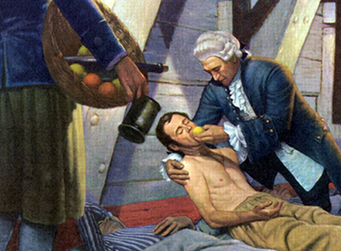 Figure 8 - James Lind assisting a sailor sticken by illness
1716 - 1794
James Lind is quoted saying "armies lost more men to disease then to the sword" (Merrill, 2013). Lind was heavily influenced by Hippocrates and focused his research on observing the effect of time, place, weather and diet on the prevalence of disease, specifically that of scurvy (Merrill, 2013). Lind also documented the months when there appeared to be higher rates of occurrence, along with the weather at the time when the initial symptoms of scurvy, began to show (Merrill, 2013). He noted that after sailors had been sent off to sea, the symptoms of scurvy would typically occur around 4-6 weeks into their voyage, despite adequate water, and untainted provisions (Merrill, 2013). Lind but much effort in attempting to understand why this was the case and documented  all aspects of the disease, including comparisons between the sick and the healthy (lind, 2013). Lind set up several experiments by changing the sailors diet after noting that it was potentially hard on the their digestive tracks (Merrill, 2013). In doing so, he noted a lack of scurvy symptomology among the sailor that had been allotted a daily orange to eat Merrill, 2013). Because of this, he identified the importance of citrus in a sailors diet, and that the lack thereof ,was in fact the cause of scurvy (Lind, 2013. In 1895 the british navy made it a requirement to include limes or lime juice bin the diet of a seaman (Merrill, 2013). Lind incorporated several facets of epidemiology in his work, but was primarily concerned with disease among large groups, observing population changes and and their effect on disease, and using experimental design.