The "father of medicine" and the first epidemiologist 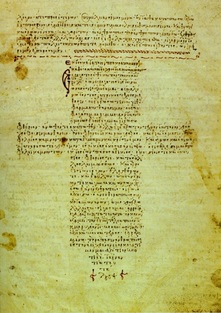 FIgure 6 - Hippocratic Oath (old version)
460 BC–370 BC
Hippocrates is considered to be the father of medicine as we know it and is the creator of the Hippocratic Oath (seen left), which is still read today by all graduating medical students (modern version) (Hippocrates, 2013). Hippocrates was not only one of the history's most notable physicians, he was also a philosopher, influencing the likes of Aristotle and Plato (Merrill, 2013). He theorized that everything was made of tiny little particles,  a theory now proven and one we now known as  "atomic theory" (Merrill, 2013). Hippocrates emphasized making and recording ongoing clinical observations of the patients he treated, such as eating, drinking and sleeping habits, and believed that one would have the ability to predict the course of disease by doing so (Hippocrates, 2013).  Hippocrates theorized that disease was a result of an imbalance of one's own constitutions and of natural cause rather than that of a supernatural one, which contradicted popular theory of the time (Merrill, 2013).
Hippocrates also emphasized that observing the behaviours of the general public, how disease spread, and affected populations, that one would be able to predict when disease would occur, concepts that are very much  utilized in epidemiology today (Hippocrates, 2013). Hippocrates noted that disease was on occasion limited to differing regions, environmental conditions, and its prevalence was influenced by weather and the change of the seasons. Hippocrates was the first to use terms such and acute, chronic, epidemic and endemic and always considered water to be the cause of much of the disease of his time, and because of this, he always questioned the origins of the local water supply (Merrill, 2013). Because of this,  Hippocrates is not only the father of Medicine, but also one of the first practicing epidemiologists.